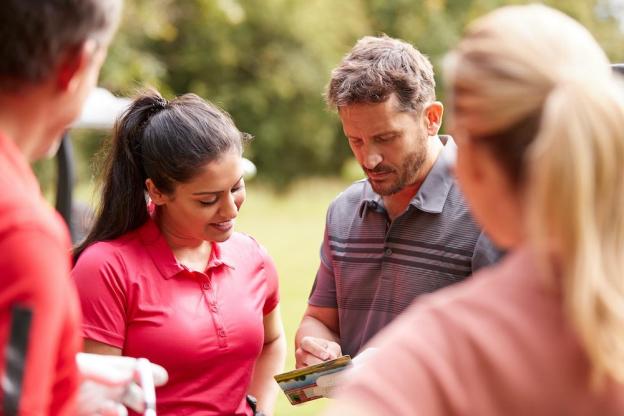 The game of golf is a tough one, as every player knows, but it is one of the few where players of all levels compete together on the same course. Golf is a game that does not exclude players from certain events or playing with others because of ability level. The way this is done is by judging each player based on their average scores over a certain period to judge the skill level of a player compared to others. This is the basics of the golf handicap that has been in use across the world since, at least the 17th-century.

In 2020, the USGA and the Royal & Ancient announced the end of the traditional golf handicapping system in the U.S. in favor of the World Handicap System. The idea behind the switch to the latest form of handicapping has been to standardize handicaps across the world to make life easier for players in all areas.

What is a Golf Handicap?

The golf handicap, in its most basic form, is a way of judging a player’s skills and abilities against the par score for the course. This can also be used to judge how many shots a player should finish their round ahead or behind a competitor when they are hoping to play on a level playing field together. A handicap is a number that is awarded to a player based on specific calculations that are taken away from their overall score at the end of a round that should bring them close to the par score for all nine or 18 holes played.

Throughout the history of golf, players and event organizers have been looking to judge players based on their skills and scores. Even before the game had been formed into its modern form, golf players and spectators would try to ensure the games they watched were fair with odds available for placing bets.

The Origins of the Handicap

In the 21st-century, we use apps to judge the skill of players facing their round of golf as their handicaps are judged. In the 15th and 16th-centuries, the role of handicapper was played by a local person who was known as the adjudicator of the odds and would usually be a bookmaker.

The term handicap comes from a number of places, including a pub game in Scotland known as hand in the cap. This game was played when one person was looking to trade an item with another and their bid of money or another item would be placed into a cap for a local community leader to judge.

In horse racing, the initial way a jockey would know the weight they would carry and their odds of winning a race would be based on information handed to them in a cap. Over time, the term handicap was born from the shortening of the term, hand in the cap.

The USGA and the R&A are generally seen as the guardians of the laws of the game and decided the time had come to create a global handicap system. In the past, most golfing organizations would develop their handicap calculations that would be standard across their region. In the U.S., the handicap of each player was based on their score by converting their scores into a single number judging their playing ability.

As one of the six different types of handicap calculations in play around the world before 2020, the USGA used the handicap index score X slope rating/113. This may seem like it was a difficult calculation to complete with areas of the nation having a single official responsible for checking and calculating the handicaps of each player.

How to Calculate the World Handicap System

Some of the steps involved in calculating a handicap have not changed too much from the pre-2020 system to the latest calculations. The initial calculations made to judge a handicap remain the same with original gross scores being converted to adjusted gross scores. One the average number of scores has been worked out to provide the first step in the calculation of the handicap index this is multiplied by the sum of the slope rating divided by 113.

Finally, the last part of the calculation is completed by adding the course rating or par rating to the initial calculation (The Links Club at Spruce Creek South golf course is a par 72). This may seem like a major change to the golf handicap calculation, but this is designed to create a more level playing field for all players to enjoy.

There are a few good reasons why the decision was made to introduce the World Handicap System to the U.S. and the rest of the world. The main reason for this was the fact six different calculations were in play around the golfing world to determine a handicap and led to some problems with players arriving at courses around the world. By working with the Royal & Ancient, the ease of calculating a handicap and taking this to courses all over the world is increased.

Despite the concerns of many, the USPGA has reported there are few members of the golfing community who have converted their scores to the new system and seen more than a one-stroke change to their handicap. In many cases, players across the nation have enjoyed the change of system because it takes into account the tee each player uses to start each hole and the difficulty of each course.

If a player is looking to have a single handicap score to provide to an opponent on the first tee the handicap index is the best score to reveal. Adding in the course rating-par calculation will reveal the projected handicap for a player on the course being played that day to help all those involved to determine how well they should perform on that day.

Sign up to get great deals and information about events right to your inbox.